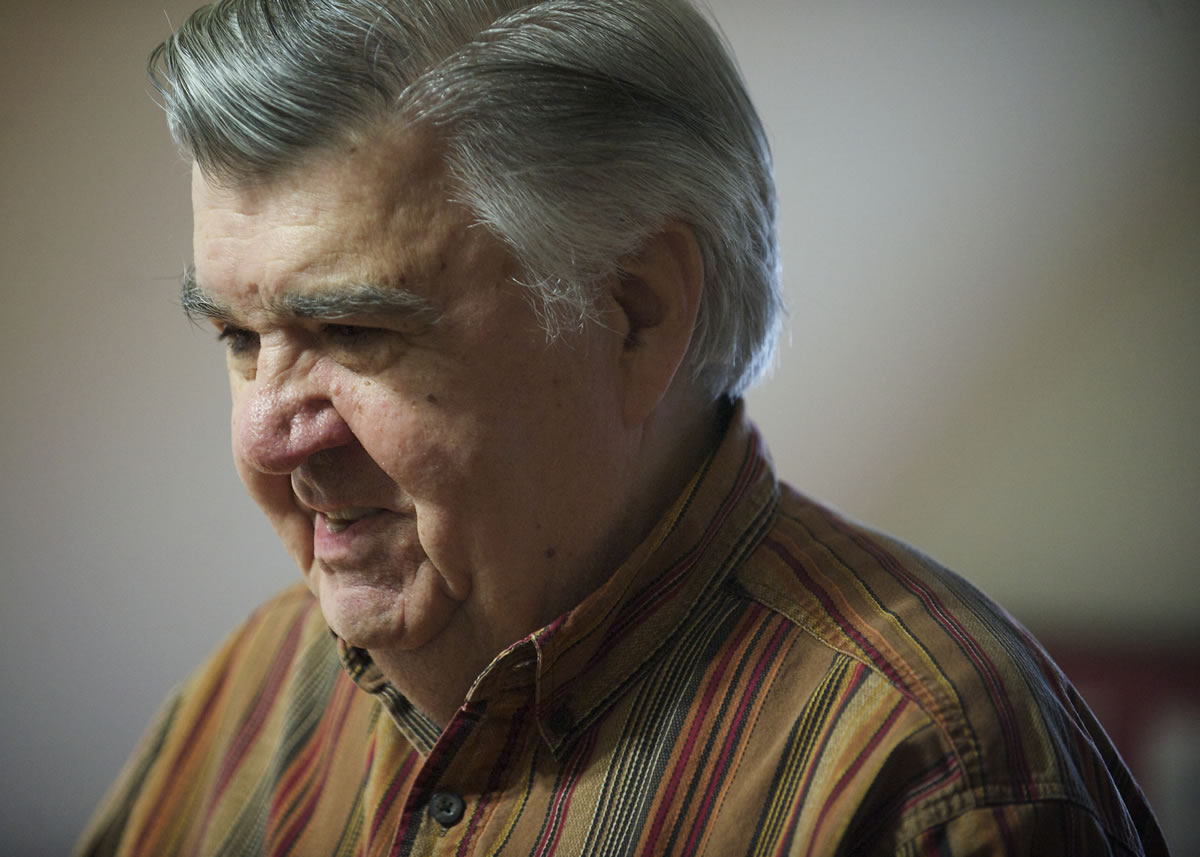 A retiree restores old books in his workshop

Joseph Ziemba is proof of the old adage: “One man’s waste is another’s treasure.

In the age of electronic books, Ziemba searches for old books with broken bindings and soiled pages and restores them in his workshop at Saint-Luke Episcopal Church.

“I’m the old bookbinder in the attic,” Ziemba sneered.

Even his tools are old. On a wooden sewing frame is a voluminous volume titled “A Hearty and Critical English Lexicon,” published in 1858 in English and Latin. Ziemba has separated the book into sections called signatures and is painstakingly stitching each one up with needle and thread.

Another volume that Ziemba glued together with archival wheat dough is gripped in a support vise. A Victorian iron press applies pressure to a third pound that is more advanced in the restoration process.

Most of the books he restores are family Bibles. One of the oldest books he restored, a common prayer book for Scotland dating from the 1630s, was a prototype that sparked a revolt. King Charles I attempted to impose the English prayer book on the Scottish Presbyterians. During a church service in Edinburgh, a woman threw the prayer book at the minister, sparking an uprising that ultimately cost the king his head.

Ziemba buys rare books online, then restores them and resells them to collectors. Cradling an 1850 first edition “David Copperfield” by Charles Dickens, he explained how he cleaned the intricate illustrated plates by soaking the book in a safe chlorine bleach. To further protect the volume from the environment, he designed an archive clamshell box.

He also created an archive box for “The Journal of Rev. John McCarty”. The first missionary Episcopal priest in the Washington Territory, McCarty preached in Fort Vancouver in the 1850s, helped found St. Luke’s Episcopal Church in Vancouver, and was the first permanent rector of Trinity Episcopal Cathedral in Portland. Both churches are still thriving.

Ziemba’s interest in working with paper goes to the Catholic school, where he says that “the nuns always made me cut things out”.

While working in Washington, DC, as a Certified Public Accountant 40 years ago, Ziemba learned about book conservation through workshops at the Smithsonian Institution and began restoring books as pass -time. Along the way, Ziemba learned how to make marbled paper, marbled paper boxes, and newspapers which he sells in bazaars. Like everything in Ziemba’s work, marbling paper is an ancient craft.

“The marbled paper of the Turks,” Ziemba said, noting that art developed in Ottoman Turkey and other places.

2012-12-26
Next Post: Man convicted of possession of antique books at Carton House