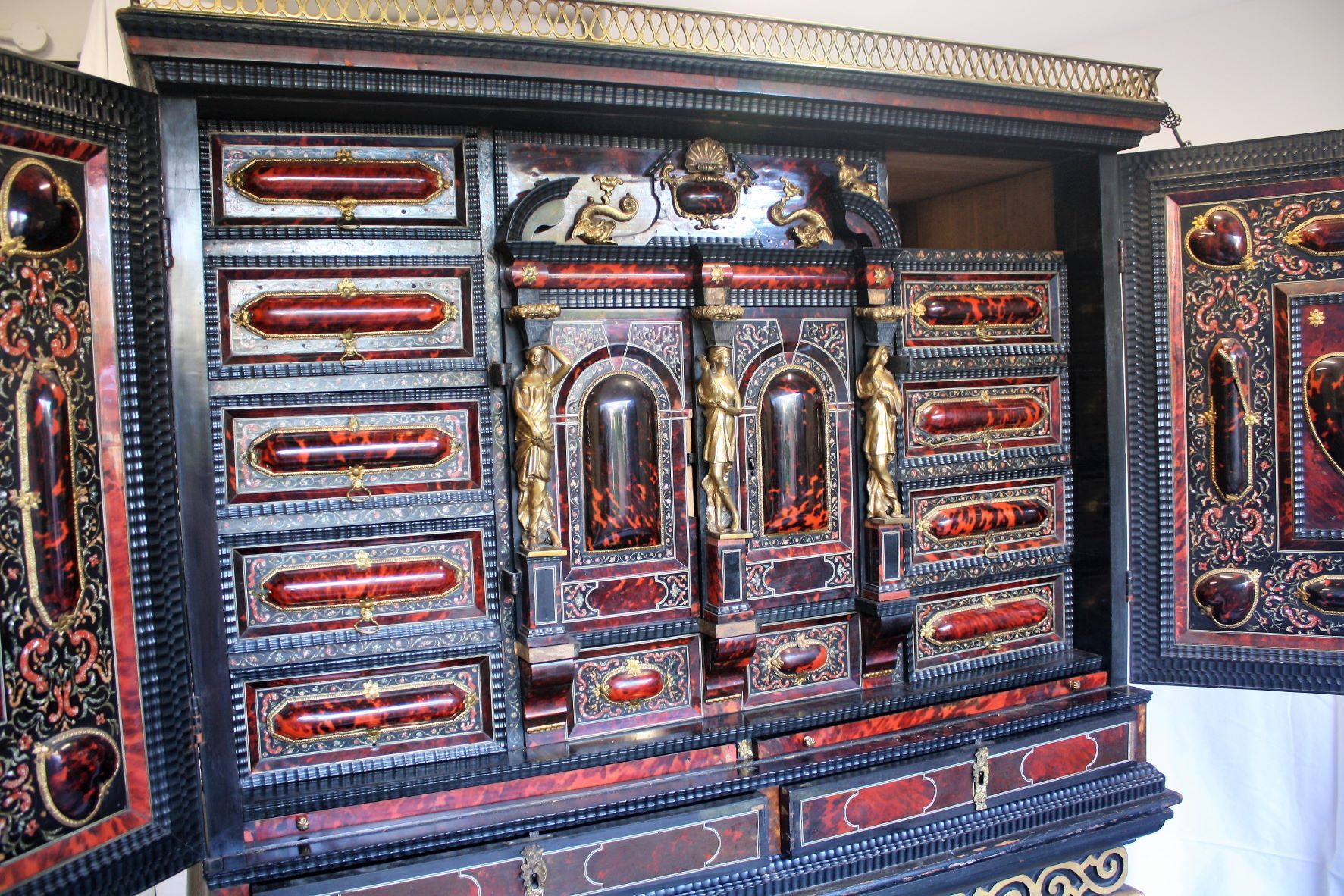 By: Joyce A. Grover
In: Antique furniture

The cabinet has been reported as “one of the finest quality cabinets to be produced by the Antwerp workshops in the 17th century”.

A rare 17th-century Antwerp collector’s cabinet and a gilded George II side table have returned home to Norton Priory in Runcorn – a century after they are said to have left the area.

The Brooke family had owned the old monastic site since 1545 and lived there in a Georgian mansion for many years until they moved to Worcestershire in 1921.

Sir Richard Brooke donated the land to a public benefit trust in 1966 and the Norton Priory Museum and Gardens is now run by a charitable trust as a popular tourist attraction.

The trust was alerted to historic furniture offered for sale by Nantwich Wilson auctioneers and appraisers55.

The pieces were then auctioned off with funding from the Art Fund Acquisition Fund and the Arts Council England V&A Purchase Fund.

A spokesperson for Norton Priory said the cabinet is considered one of the highest quality cabinets produced by workshops in Antwerp in the 17th century.

Although not unique, highly polished scagliola inlays were extremely expensive and highly prized in northern Europe at the time.

Rob Sanderson-Thomas, Managing Director of Norton Priory, said: “The Trust is delighted to have been able to secure this cabinet and table for display in the museum, thanks to the generous support of donors.

“The museum contains relatively few artefacts telling the story of the Brookes at Norton Priory, let alone the luxury and grandeur of Georgian home.

“They perfectly demonstrate the quality embodied by the house that once stood on the site.

“According to an inventory of the house in 1865, the cabinet was located in an anteroom of the library.

“It is believed that he left Norton Priory in 1921, so it seems entirely appropriate that 100 years after they left, these two pieces of furniture from the house are now returning and part of the museum’s permanent collection.”

Sir Richard Christopher Brooke, a descendant of the original owners, recently joined the board of directors of Norton Priory.

He too was delighted to see the furniture and table return to their original home.

He said: “I am sure these two beautiful pieces of furniture were very popular in their time, so it is wonderful to see them again at Norton Priory, where they will now be appreciated and appreciated by a much wider audience.”

The collector’s cabinet and the Georgian table were sent to furniture restorers to restore them to their original condition.

Visitors will be able to view them when they return to Norton Priory for a permanent public display next year.