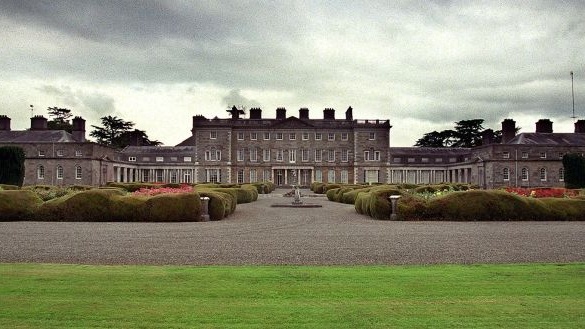 Man convicted of possession of antique books at Carton House

A man has been convicted of possession of 67 stolen antique books, including a very rare King James Bible.

Andrew Shannon (51) has been charged with illegally handling books from the Carton House library in Kildare, the historic seat of the FitzGerald family.

The books, including a 1660 edition of the King James Bible of which there are only six, disappeared after being stored during the restoration of the country house.

Gardaí says they were later found in Shannon’s house during a search. Shannon told investigators he bought the books at a fair or party for around 300 Irish pounds and used them to decorate his home.

Shannon of Willans Way, Ongar, Dublin pleaded not guilty in Dublin Circuit Criminal Court to possession of the books at her home despite knowing or not knowing whether they had been stolen on March 3, 2007.

After a five-day trial and just under four hours of deliberation, the jury returned a unanimous guilty verdict.

Under the new EU Victims Directive, transposed into Irish law last November, Judge Petria McDonnell called on the owners of Carton House to provide a victim impact report for the sentencing hearing next April.

Conor Mallaghan testified at the trial that he had worked at Carton House since 1994, overseeing its restoration after his father’s company purchased the estate in 1977. He said that before restoration work began, he put all objects in the house, including books from the library, in storage.

He said he photographed each book before putting it away.

The books remained in boxes until 2006, when the library restoration process began. Mr Mallaghan said that was when he noticed the missing books and went to the warden.

He agreed with the lawyer that in 2007 he went to the guard station with his father to identify several books that had been found.

Mr. Mallaghan was shown three of the ancient books in court, including a large edition of the King James Bible. He told the lawyer he identified them by the FitzGerald family crest which was on their backs and on the inside of the blanket.

Mr Mallaghan explained that the crest depicted a monkey that legend has it saved one of the FitzGerald after waking him up in a burning building.

Mr Mallaghan said some of the books date from the mid-17th century “and beyond”. He told the lawyer that his family had never sold or loaned any of the 67 books and had not given anyone permission to take them out of the house outside of the storage company.