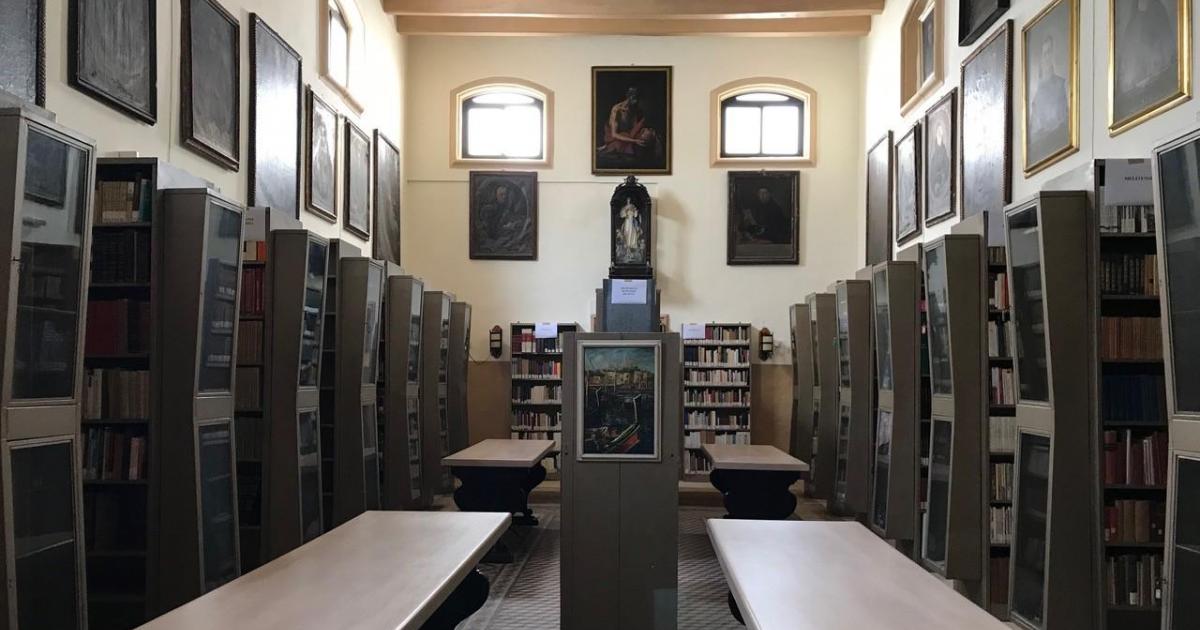 The books that were seen thrown in the back of a truck outside the Franciscan Convent in Valletta had “no particular value,” said the man who ordered their removal.

“The general content of the books was religious in nature. They have no particular value. They are neither Melitensia nor of any particular historical or other value ”, declared Father Richard Stanley Grech, Franciscan Provincial Minister.

“I have been informed that the only value of the books is that of a collector’s item,” said Father Grech. “Their monetary value does not exceed 20 € [each], when it would take a considerable amount of money to restore them.

“Besides,” he continued, “keeping them in the library would endanger the rest of the books.” We have made sure we have copies of most books that are in better condition than those that needed to be moved elsewhere.

Images of books randomly thrown in the back of a truck ignite social networks with indignation Tuesday night. After being spotted outside the convent, eagle-eyed spotters traced the van to Birkirkara, where efforts were made to save the books from their miserable conditions.

Why were the books in the back of a truck?

Father Grech said the books seen in the back of the truck were to be taken away for storage at a property in Baħar iċ-Ċagħaq, eventually to be given to anyone interested.

“Unfortunately, the person who was to transport them did not follow our instructions and put them neatly and neatly in his truck in boxes,” Father Grech said.

The books were moved because the Provincial Franciscan Library, where the discarded books came from, is undergoing a major renovation. His library needed urgent structural work, including six large windows that had to be completely replaced.

The Provincial Franciscan Library while work was underway some time ago

To move the work forward, Father Grech said, the library was moved to another section of the convent where they were sorted.

How were the books “saved”?

Realizing the location of the truck through photos, Alessandra Dee Crespo managed to map a location in the books on Tuesday night.

Ms Crespo, who is an employee of the Curia and who is Chancellor of the Regional Court of Second Instance, noticed that the books had a religious theme and contacted Archbishop Charles J. Scicluna with the aim of recovering them.

The case was resolved within half an hour, said Ms Crespo, the archbishop taking the initiative to find a new home for the books.

“I was in the right place and had the right contacts,” said Ms Crespo, “I only did my duty, others would have done the same.”

What will happen to the books?

In a tweet, the Archbishop said Culture Minister Owen Bonnici facilitated the transport of the books to a Heritage Malta property.

Although the Franciscan Provincial has played down the historical value of the books, the experts at Heritage Malta will nonetheless examine them closely.

The books are currently stored in a quarantine area at the Malta Maritime Museum, as a preventive measure until their condition can be assessed.

“This measure is necessary to prevent any infestation of other books or artefacts,” the spokesperson said. “The books will undergo a preservation condition assessment to determine their exact condition and also to determine the best course of action in collaboration with the National Archives and other entities.”

Independent journalism costs money. Support Times of Malta for the price of a coffee.